David W Raleigh “Rollie” Munroe was the father in-law of my mom’s paternal grandmother, Artie Rether Freeland.  He was a victim of homicide on Thanksgiving Day, 1936.  According to his death certificate, he died of blunt force trauma, causing a concussion and subdural hemorrhaging.  His daughter, Bonnie Riggs was the informant.  He was buried in Inglewood Park Cemetery, Inglewood, Los Angeles County in an unmarked grave on December 3, 1936.

According to news reports that follow, Robert Hayes was accused of beating Munroe in the head with an iron pipe after Munroe accused him of stealing one of his chickens.  Munroe was left for dead in an empty lot near Munroe’s residence in Los Angeles.  When Munroe’s body was discovered, he was holding an open knife in his hand.   When the police arrested Robert Hayes, his shirt was torn and he had a gash in his left side.

The coroner held an inquest on Wednesday, December 2, 1936 and they rendered their verdict that he be held for investigation.

Robert Hayes went to trial in February of 1937 on the charge of murder.  It was a landmark case in that it was the first trial in California history where a “Sound Film” was presented to the jury during trial.

The jury in the trial of People vs Robert Hayes rendered their decision on Tuesday, February 9, 1937 with a verdict of guilty of manslaughter.

Robert Hayes was sentenced to up to 10 years in San Quentin.  His intake date was March 13, 1937.  Shortly there after, he filed an appeal of conviction.  The appellate court upheld the conviction.  He then appealed to the State Supreme Court and they also upheld the conviction while rendering the following comment, “the use of sound motion pictures is not only legal but in the interest of justice.” 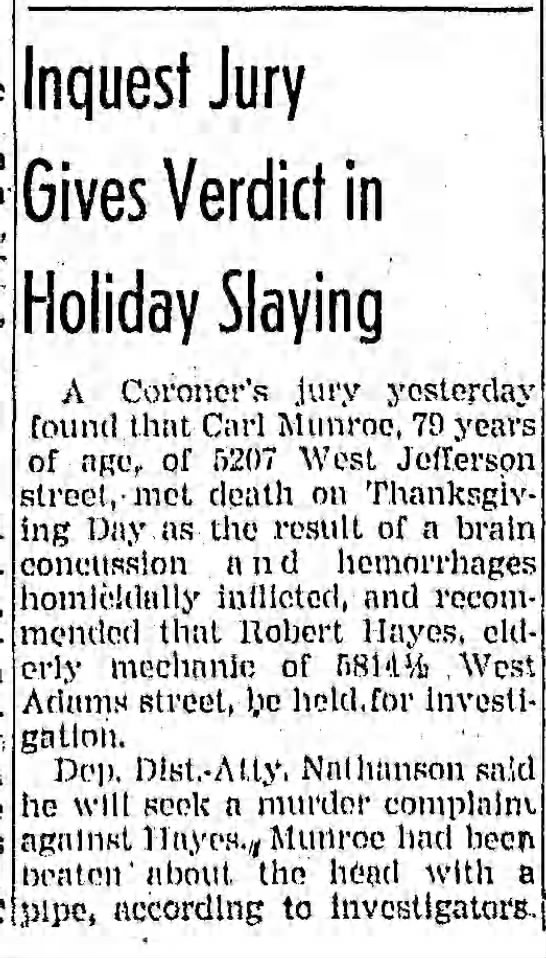 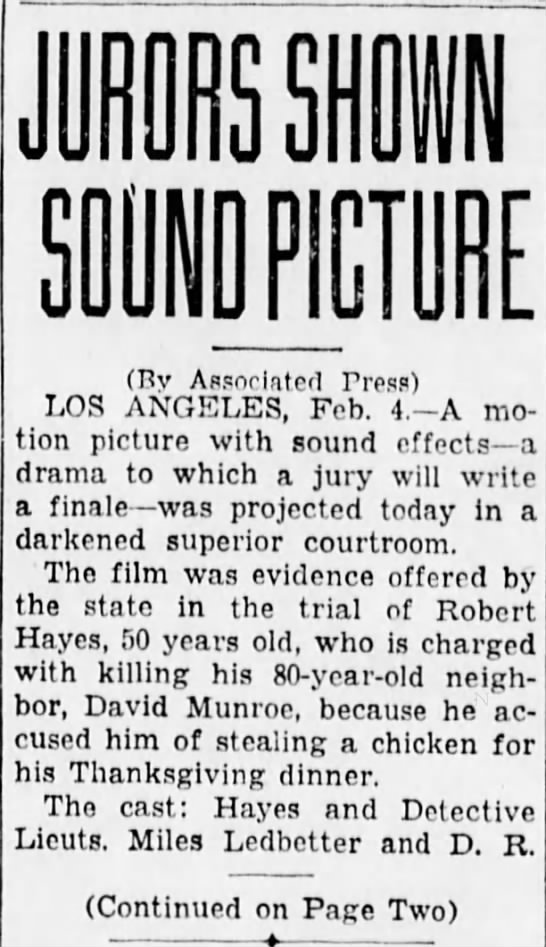 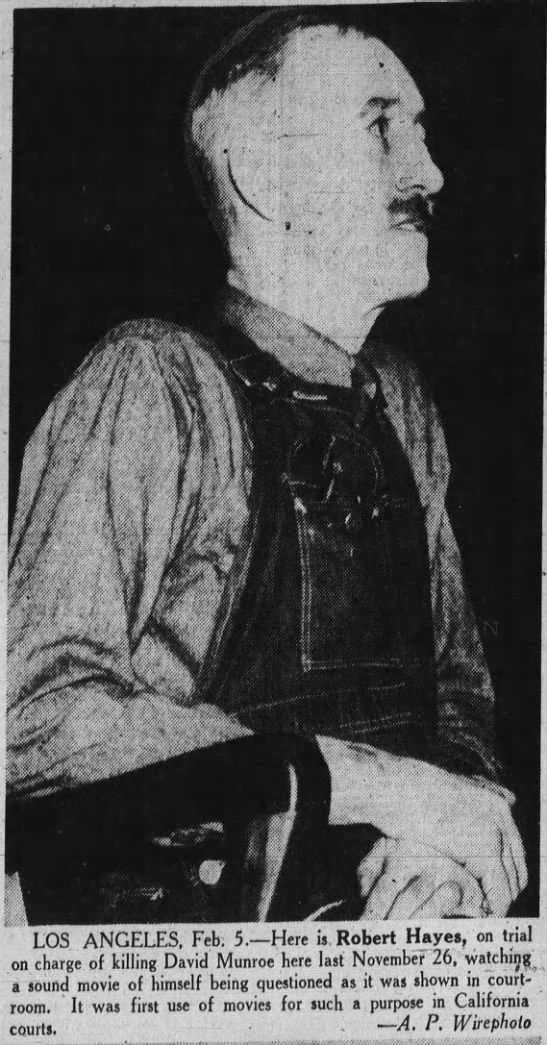 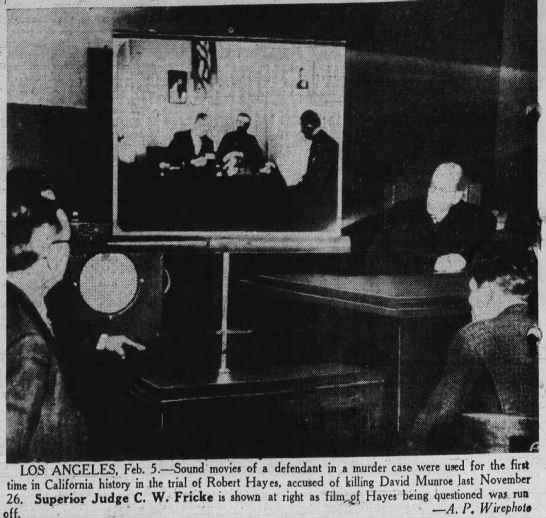 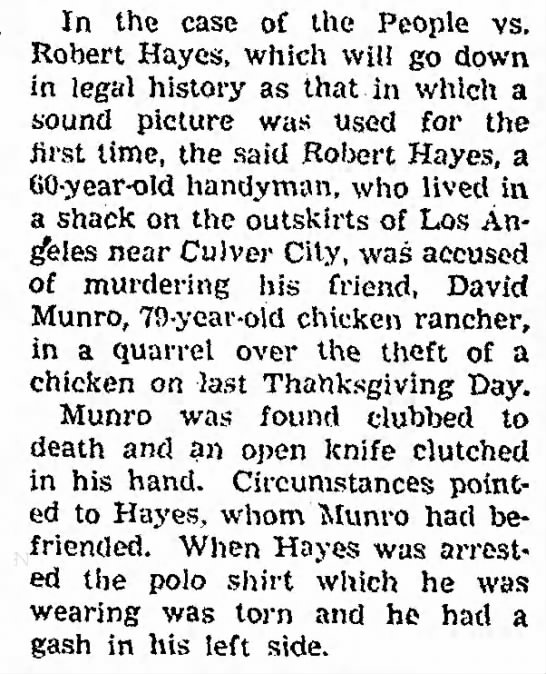 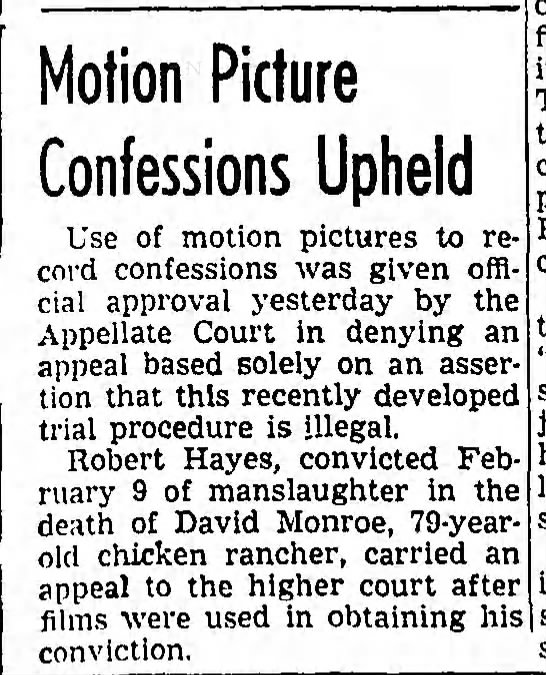 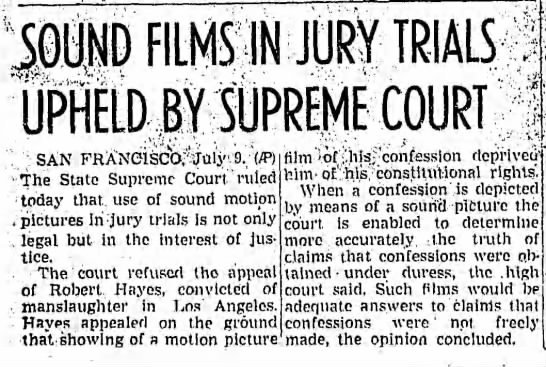