This week’s prompt is ‘Bachelor Uncle.’

Both of my parents grew up as only children.  Since neither had a sibling, I will need to talk about my Great Uncle, Edward Peter Schumacher, my paternal grandmother’s older brother. 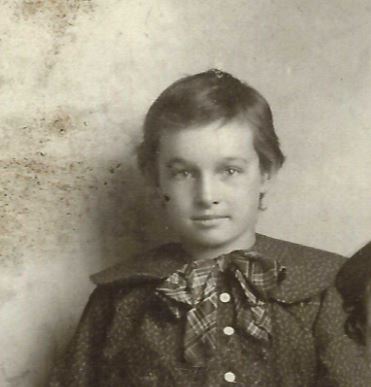 Edward Peter Schumacher was born on 14 Mar 1891 in Reynolds, Grand Forks County, North Dakota.  His parents were Mathias Schumacher and Mary Timlin.  After Mary died in 1903, Edward, along with all of his sisters but one, we living as servants to other families in 1910.

By the time WWI broke out, Edward Peter Schumacher was living in Pend Oreille County, Washington. 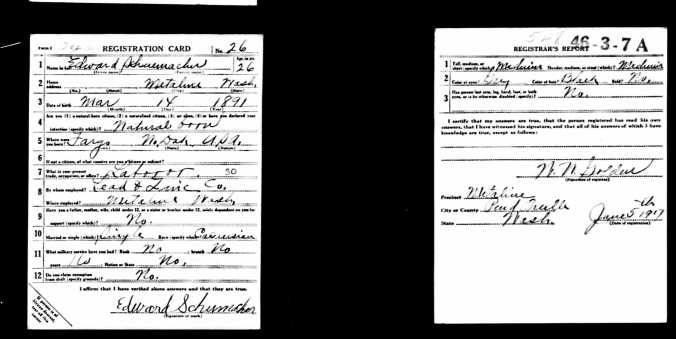 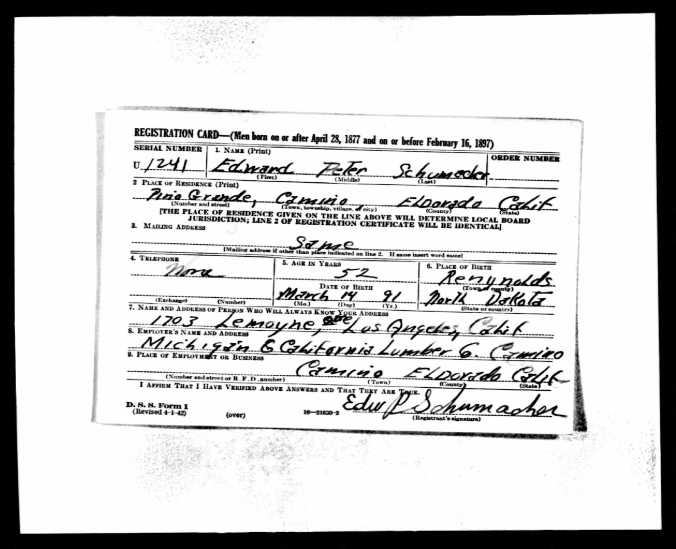 After he was released from the military, he was working as a farmhand in Enchanted Prairie, Coos County, Oregon in 1920.

This week’s prompt is ‘At The Courthouse.’

There were many before me who claimed that James Burk was my 7th great grandfather.  The daughter’s name is in question, but it is believed by many that Honora Burk married William Brookshire.  Honora and William would have been my 6th great grandparents. 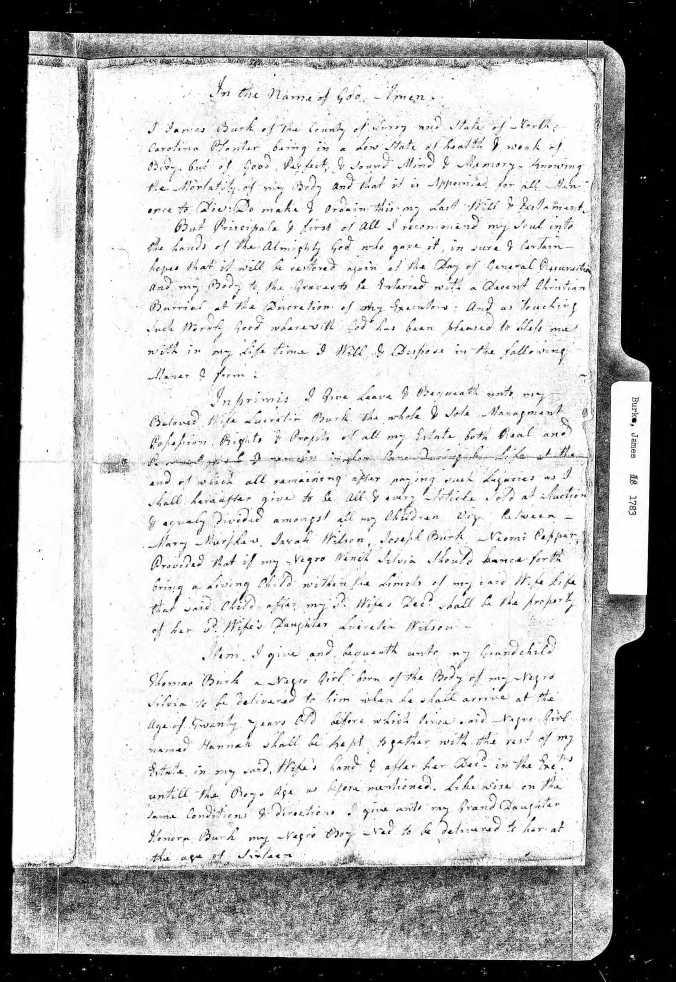 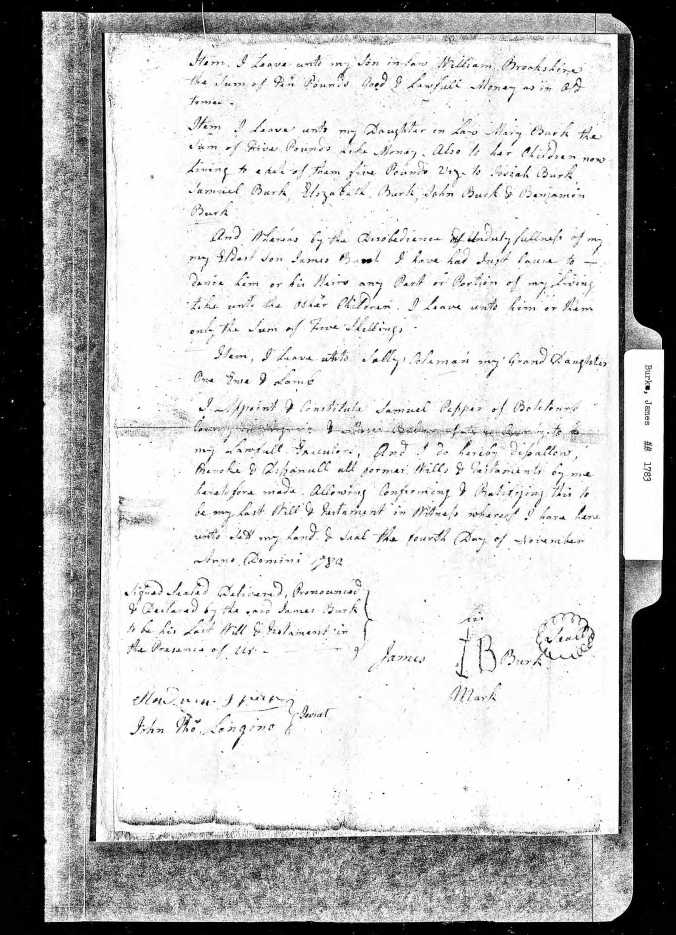 This week’s prompt is ‘Family Picture.’

I only have one picture of my Mom and her parents together. 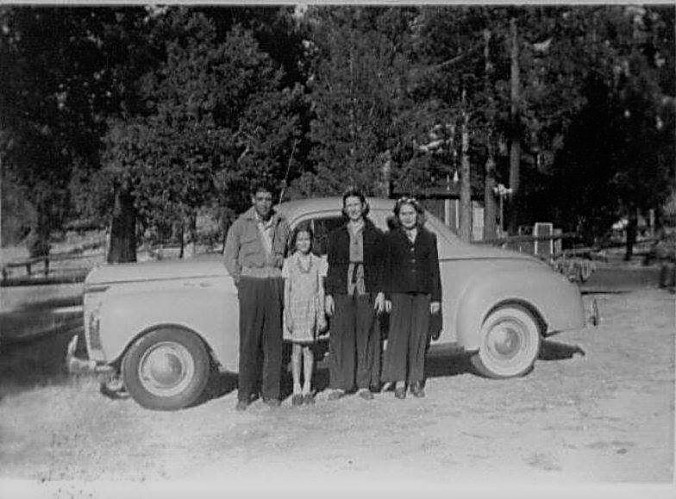 My grandfather, Edward Thornwell Beauchamp on the left.  My mom Vera Faye Beauchamp to his right.  My grandmother Bennie Elsie Nerren to her right and Mable Munroe, 1/2 sister to my grandfather.

This weeks prompt is ‘Love.’

I had no idea what to write about, so I thought about looking at names.

There is some ‘Love’ in the family as long as you know where to look.

I was recently contacted by a cousin, on my Schumacher side of the family, asking if I knew anything about Pierre “Peter” Aloysius Schumacher. 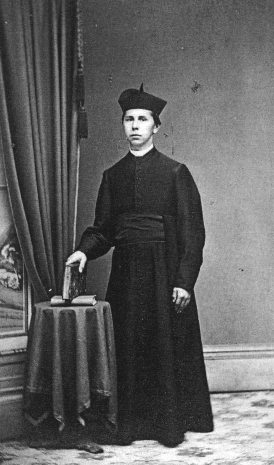 He, along with his parents and siblings immigrated to the United States in 1856 and settled in Belgium, Ozaukee County, Wisconsin. 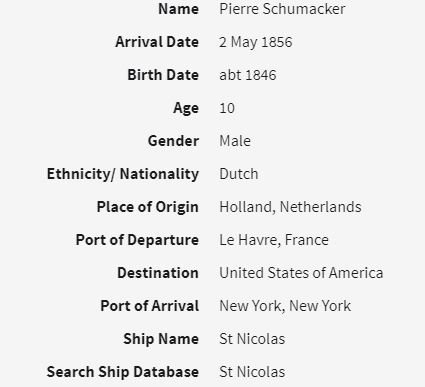 Peter was ordained a Priest in the Catholic Church on 18 Dec 1869 in Milwaukee, Milwaukee County, Wisconsin.

I’ve searched for a connection to our shared Schumacher family and there is none that can be found.

This week’s prompt in the 52 Ancestors in 52 Weeks challenge is ‘Surprise.’  The timing couldn’t be more perfect.

My mom’s maternal family has lived in Angelina County, Texas since the mid 1850’s and many still do to this day.  They were not rich but acquired farmland over the years and worked their fields.  Benjamin Franklin Nerren was my grandmother’s grandfather.  He was one of those farmers in Angelina County.

Benjamin, over time, divided up his farmland to each of his 7 children.  The exact size of each parcel is unknown at this time.  My grandmother’s father was Benjamin Holt Nerren.  He was murdered in 1929 leaving a wife and 5 daughters.  Benjamin Franklin Nerren gave Holt’s wife his inheritance of a parcel of land with the stipulation she remain a widow.  Since the widow did marry, the inheritance was taken away and divided between the daughters instead.

Last week, we were contacted by a gentleman from Angelina County, Texas who was hired to establish heirship of the property in question.   It appears the original farmland has been subdivided over time, and it is unknown if we still have legal claim of inheritance.  This was certainly a ‘surprise’ to us.   He stated that BP has interest in extracting natural gas from the property and needs to find all of the legal owners.

This story will be updated as new information becomes available.

Every weekend, shortly after breakfast, our dad would say, ‘ I’ll be in the library’ if you need in, better go now.  He’d have a copy of the morning newspaper in hand and stay in there at least a half hour.  Our family of four lived in a 3 bedroom house with only one bathroom.  Whenever I hear ‘library’, it conjures up those memories.   Our dad is long gone.  He passed away in 1985, but the ‘library’ is still in use today.  My brother will head off to the ‘library’ when he is visiting, with his cellphone in hand, to ponder world events or post stupid memes on Facebook.

Now for me, when I say, “I’ll be at the library” it usually means I am searching the websites of the many library collections online.  I found several family history books for my ancestors.  I’ve clipped too many to count newspaper articles of interest.  This process works best for me since I live 1000+ miles from where my ancestors lived.

While searching my paternal grandmother’s mother, I found that the Archives in Ontario, Canada have records of interest to me.  They are not available online, however, they do inter-library loans.  I contacted my local library to see if they had a film viewer and accepted loans.  The answer was yes to both.  So I will be ‘at the library’ to fill out all of the necessary forms to see what I will find in those records.

When my brother and I were growing up, every Saturday was ‘movie’ day.  Our mom would drop us off at the local movie theater with enough money to buy our tickets and snacks to last us the 5 hours we would be there.  Back in those days, there was always a double feature.

Our mom would do the grocery shopping, get her hair done and anything else she needed to do without us around to interfere.  And yes, there was a time when pre-teens could spend the day at the movies alone.

I remember one Saturday going to see the movie The Wild Bunch.  We loved our Westerns.  Shoot ’em up, bang bang. 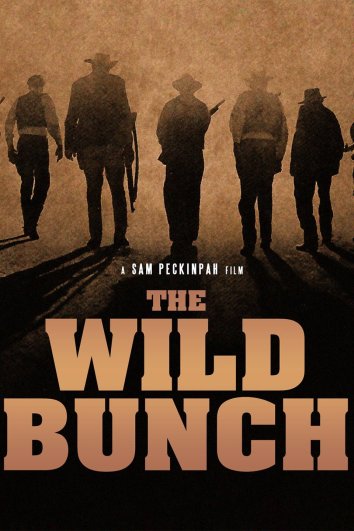 Oh what ever happened to a good, old fashioned, western movie?

While I had heard the names of some of those cast members back in the day. one of them turned out to our mom’s 5th cousin on her maternal side of the family.

I wish I had known then what I know now and to have had the opportunity to meet him and spend a day on the set of one of his movies.

So which actor was my mom’s 5th cousin? 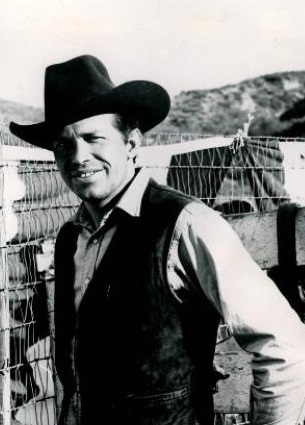 We all lived in Los Angeles at the same time and, while the cousinship is rather distant, we never knew the cousin named Warren Oates was from our family.

Netflix has the movie in their catalog.  Maybe it’s a great choice of viewing tonight with a pizza and a bottle of wine.

How am I going to top that one?  After a few moments, I remembered the name of one of Lorenzo Dow Nerren’s Granddaughters.

It has been documented by many about the birth of  Seawillow Margaret Ann Pipkin.  She was born on 22 Oct 1855 in Beaumont, Jefferson County, Texas.  This is her story:

“The day Seawillow was born there was a disastrous flood on the Neches River in Beaumont, TX. The Rev. John F. Pipkin and his pregnant 2nd wife, Amelia Rabb and some of the family slaves were swept along on a raft. Just before the birth of his daughter, a human chain was formed by the slaves to fasten the raft to a Willow tree. The Rev. looked up through the branches of the Willow tree and gave thanks to God for the safe delivery of his daughter in the midst of the flood water. Thus the name Seawillow.
Seawillow grew up in Beaumont and became a school teacher in Luling and Lockhart. She married Littleberry Walker Wells and moved to a farm not far from his parents on Plum Creek. The farming community grew to have a small population with a general store and a church with an arbor. In 1899 when a post office was needed, the city was named Seawillow, Caldwell Co. TX. in her honor.She named one of her daughters Seawillow Lemon, and many of the Wells, Pipkin and family friends have named their daughters Seawillow.”

So how does her story fit into my family?  The granddaughter of Lorenzo Dow Nerren was named Berta Seawillow Nerren,  She was born on 24 Feb 1885 in Angelina County, Texas.  I have no proof, but I suspect the middle name Seawillow was in honor of an unknown person to them with a heartwarming story.

My genealogical journey started in 2007.  I had retired a couple years earlier and was in search of a new hobby.  There were only so many quilts I could sew.

I signed up with MyHeritage to start with.  The ‘CHALLENGE‘, this weeks prompt in the #52Ancestors in 52 Weeks, where do I start?

Building trees became very easy if you used the trees others built.  I quickly had a tree of over 5000 people on my mother’s side.  I was so proud of myself.  Then there were those pesky record matches that didn’t make sense.  That’s not the family I have in my tree.  Where did those come from?

I deleted that whole tree.  The ‘CHALLENGE‘ was, how do I start over?

It became obvious that I should start with what I know.  I knew when and where I was born.  Who my parents were.  I added my younger brother into my tree as well.  Then I worked on my mother’s family since she is still alive, and turning 87 this coming May.

I found her birth certificate from 1932.  I found her and her parents in the 1940 Census.  I realized this is the ‘CHALLENGE.’  Finding documentation.

My mother’s brick wall didn’t go back very far.  I was in search of her paternal grandfather, William Henry Beauchamp.

W H Beauchamp married my mother’s grandmother, Artie Rether Freeland in Rusk County, Texas in 1909.  My mother’s father was born on 31 Mar 1910.  The only time this family was together was in the 1910 Census.

In 1920, Rether was living with her parents and her 3 children being listed as a widow.  When did William Henry Beauchamp die?  Where was he buried?  This was another ‘CHALLENGE.’

Then I found this in the courts records in Angelina County, Texas. 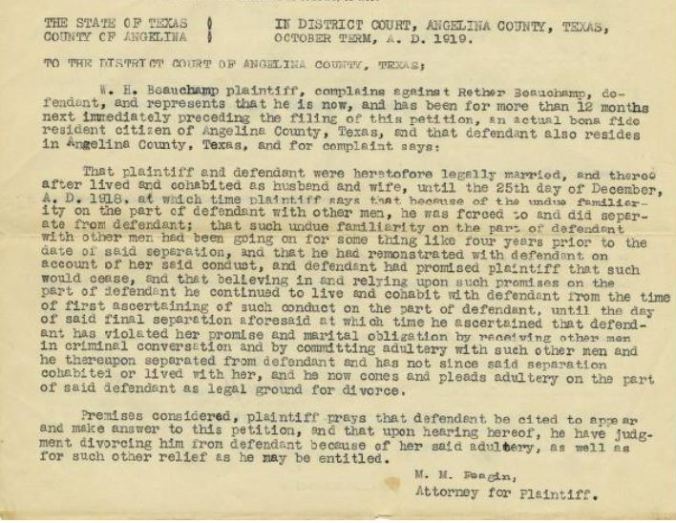 William Henry Beauchamp was alive and well in 1919.  The ‘CHALLENGE‘ here is, he was claiming adultery against Rether, all the while he was living with someone else and had 2 children.   Here is the 1920 Census record.

I questioned if this was the William Henry Beauchamp I was looking for.  My ‘CHALLENGE‘ was to find out.

Ancestry DNA gave me my answer.  My mom has 6 DNA matches to the daughter, Ruby Jewel Beauchamp’s grandchildren,  proving he was who I was looking for.